Nashville, TN – At 6:53 a.m. Saturday, a special dedication to mission specialist Alvin Drew came by way of the familiar tune, “Woody’s Roundup,” performed by “America’s Favorite Cowboys” Riders In The Sky. The song was played to wake him and his fellow crew members up for the final mission on the Space Shuttle Discovery.

“Woody’s Roundup” a Riders In The Sky classic written by Randy Newman, was played in dedication to Drew as it woke the crew to begin preparing for the last docking to the International Space Station. The song is famously known for its use on the Toy Story 2 sound track, and the Riders In The Sky recognize this new honor as being out of this world. Ranger Doug says it best: “From the New Frontier to the Final Frontier, it’s the Cowboy Way!”

Following the soothing wake up call was a long day of preparation met by the hatches being opened for the final time between the ISS and Discovery at 4:16p.m., prompting the joint phase of the STS-133 mission. Both crews took part in a brief but exciting welcoming ceremony which included handshakes and hugs as well as a brief exchange of stories and adventures.  The Shuttle arm then exchanged the ELC4 back for installation on the stations’s starboard trust after moving the base of Canadarm 2.  It will now be held there for spare parts, which includes a spare radiator.

This marks the final trip for the Discovery to the orbiting outlet.

The crews then went to work preparing the stations robotic arm to remove the Express Logistic Carrier 4 from the shuttle’s cargo bay and exchange it with the shuttle’s arm.

Being a part of history is something the Riders In The Sky team has been used to for some time now, but taking their music outside the globe is something only a few can claim as an accolade. When asked if space really was the final frontier for the Riders In the Sky, bassist and funnyman Too Slim had only this to say: “Next Stop: To infinity… and beyond!” 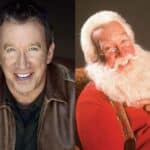