Swift’s rain-drenched, show-stopping debut television performance of her brand-new single, “Should’ve Said No” was one of the big highlights of the live broadcast.  Taylor brought the crowd to its feet for an extended standing ovation after a part-acoustic, part full-band performance that included an on-stage costume change and a torrential rain shower. Walking off-stage wrapped in towels, Taylor was immediately congratulated by George Strait and his wife Norma, as well as all of the members of Rascal Flatts.

“I am so honored and excited to have gotten my first ACM Award!” raved Taylor after the show. “And tonight, I had the most fun I’ve EVER had on stage!”

Ingram’s Top New Male Vocalist win comes after years of perseverance, hard work and personal sacrifice.  For more than a decade, Ingram recorded for various major labels and built a solid support system of fans, critics and musical peers for his dynamic performances and stage presence. The hard work paid off when Ingram signed with new independent label, Big Machine Records for the release of his break-through album, THIS IS IT, in April 2007.

Five hit singles and six major tours later, Ingram accepted the ACM honor and, from the stage, encouraged other artists to continue, despite the odds.

“It’s been a long road to get here and stand before you as a new male vocalist,” Ingram said in his acceptance speech. “To anyone who has played my music on the radio, anyone who has come to a show with three other people in the audience, anyone who has been moved by the words of my songs, and anyone who has big dreams and high hopes…DREAM IT, LIVE IT, OWN IT. In the end the only thing that is important is not giving up.”

Swift’s Top New Female Vocalist win marked her 6th major award win in 7 months. Last month, Swift was named Superstar of Tomorrow at the 10th Annual Young Hollywood Awards, and she won CMT Music Awards for Video of the Year and Female Video of the Year. She is also the reigning CMA Horizon Award winner as well as the Nashville Songwriters International’s Songwriter/Artist of the Year.  Swift’s break-out year also included a GRAMMY nomination for Best New Artist.

Swift’s debut album, TAYLOR SWIFT, has reached triple-platinum (3 million sales) status and has spent 18 weeks so far in the #1 position atop Billboard’s Country CD Sales Chart.  At the age of 17,  she became the youngest person to single-handedly write and sing a number-one country single entirely on her own (“Our Song” spent 6 consecutive weeks at #1 atop Billboard’s Country Singles Chart), and she is the first female solo artist in country music history to wrote or co-write every song on a platinum-selling debut CD. Taylor is consistently ranked Country’s #1 artist on MySpace, where she recently surpassed the 48 million mark for music streams.  Swift is featured on the cover of the June 2008 issue of Seventeen and was recently featured on the covers of Rolling Stone, Billboard, Blender, and USA Weekend. Swift was named one of People magazine’s 100 Most Beautiful People of 2008, and is featured on Maxim’s current Hot 100 list. She is on tour this year with Rascal Flatts, and has also toured with George Strait, Kenny Chesney, Tim McGraw & Faith Hill and Brad Paisley.

Ingram’s breakthrough album, This Is It, debuted on the charts as the #4 album behind only Tim McGraw, Carrie Underwood, and Alabama.  Ingram’s hits include the #1 smash “Wherever You Are,” the TOP 10 tongue-in-cheek rocker, “Love You;” Ingram’s rendition of “Lips of an Angel;” and the recent hit, “Measure of a Man.”  In April 2007, Ingram won CMT’s fan-voted, boundary-pushing “Wide Open Video of the Year” Award.   Ingram recently became the first Country music artist in history to partner with NIKE for the NIKE+ Workout Series.  Ingram’s dynamic brand of country rock has been featured on The Ellen DeGeneres Show, CNN, The CBS Early Show, Fox & Friends, CMT Cross Country, GAC Shortcuts, AOL Sessions, the NBA Final Four, and praised by USA Today, People,, the Los Angeles Times, Dallas Morning News, and Country Weekly among others.   Esquire Magazine named Ingram 2007’s “Best Country Artist.”

Big Machine Records was founded on September 1st, 2005, by music industry veteran Scott Borchetta, who serves as its President & CEO. The company is headquartered in Nashville, and its artist roster includes Taylor Swift, Trisha Yearwood, Jack Ingram, Danielle Peck, Sunny Sweeney and Fisher Stevenson.  Big Machine is also the exclusive radio promoter for Garth Brooks. Big Machine celebrated its first #1 single in May 2006 with Jack Ingram’s “Wherever You Are”.  At the end of that year the label’s three new artist releases–Jack Ingram, Danielle Peck and Taylor Swift–all made the Top 10 Most-Played New Artists of 2006 as monitored by Mediabase and reported by Country Aircheck Magazine.  Jack Ingram was named the Most-Played New Artist of the Year by Country Aircheck Magazine.  In March 2007, Big Machine Records shipped its one-millionth CD.  In its 39th Week, Taylor Swift’s currently Triple-Platinum self-titled debut album began an 8-week consecutive #1 streak on the Country Charts, spending 18 weeks total to-date. Big Machine and Garth Brooks recently made history with his new single, “More Than a Memory,” when Brooks became the first artist in history to debut at #1 on the Billboard Country Singles Chart, making him the highest Country debut leader of all time. Big Machine Records boasts 2 ACM Awards, 1 CMA Award, 3 CMT Music Awards and one GRAMMY Nomination to-date. The label is exclusively distributed by Universal Music Group Distribution.

For more information and to hear music from Taylor Swift and Jack Ingram visit:  www.bigmachinerecords.com 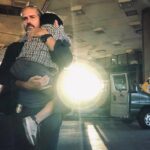